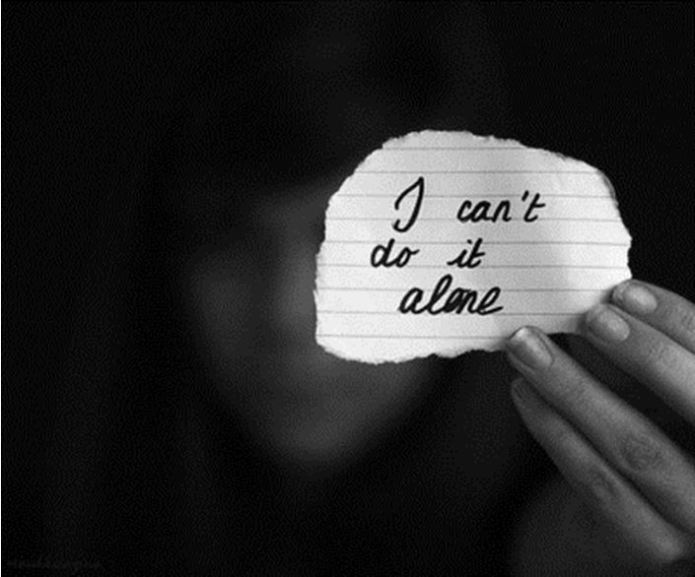 “YOU THOUGHT WE WERE DONE, DIDN’T YOU? I LIED. COME SEE ME.”

I can’t. I won’t. Boyfriend will find out. “No.” Was all I responded with.

“DON’T MAKE THIS HARDER ON YOURSELF THAN IT HAS TO BE. YOU DON’T WANT TO WAKE MY DEAMONS, DO YOU? YOU HAVEN’T SEEN ANYTHING YET. “

I would make excuses: Boyfriend and I have plans. I have to work. I have school. I’m going away with my family for the weekend. Even if it wasn’t true, anything to keep him away.

I was leaving work one day, and there he was; standing by my car. How does he know where I work? Did he see my car? Is he following me?

“WHY DIDN’T YOU COME SEE ME? NOW YOU’VE MADE ME ANGRY. I’M GOING TO TELL… BETTER YET, I’M GOING TO MAKE YOU TELL.”

“I won’t. You can’t make me.” You said no one would ever know. Why can’t you just leave me alone?

He pulled his cell phone out of his pocket and waved it at me.

“REMEMBER OUR LAST RENDZVOUS? I FILMED YOU WITH THIS HANDY LITTLE GAGET. NOW YOU WILL DO WHATEVER I SAY OR {BOYFRIEND} WILL SEE IT. YOU UNDERSTAND?”

“You’re lying!” He couldn’t possibly have, could he?

He shows me the still shot of the first second in the video. He did! What do I do? He’s going to tell! Everyone will believe I came on to him; that I wanted it.

I did as he said. He led me to a rundown motel, and stopped in front of a room. I pulled up beside him. He got out, came over to my door and opened it.

What am I going to do? He said he would leave me alone. Should I tell someone? Who do I tell? I can’t tell Boyfriend; he’ll think I betrayed him. He won’t love me anymore. I can’t tell my parents. I can’t tell my best friend; she’ll judge me. Do I call the police? What are they going to do? Can they even do anything? What if I told and nothing happens to him, and he comes after me? Then he will definitely tell Boyfriend. He’ll show him the video. What do I do?

For 6 months, I did what he wanted. Sometimes it was once every few weeks. Other times it was once-a-day for a few weeks. When I had the flu, he came over, shove himself inside of me, left, then come back with soup. When I was on my period, he would make me pleasure him orally, then offer to message my aching back. He would be waiting for me at my house (my parent’s house) with flowers when I got home from class. He would leave presents for me on my car in the form of balloons and jewelry, then get angry when I wouldn’t wear the jewelry in front of him, or thank him for his thoughtfulness. He acted like we were in a typical loving relationship, but I didn’t want anything to do with him. At times, I would try and stand up to him.

“YOU WANT ME TO TELL EVERYONE?”

“YOU WANT ME TO SHOW HIM THE VIDEO?”

“YOU’RE MAKING THIS MORE DIFFICULT FOR YOURSELF.”

Often times, these conversations would take place at night over the phone. He insisted on me calling him after I hung up with Boyfriend every night to wish him goodnight. I would think, “This is it. No more.” Then he would threaten me. And tell me that no one would ever believe me.

“YOU CAME ON TO ME AND I HAVE THE VIDEO TO PROVE IT.”

I would cry myself to sleep most nights.

Christmas was upon us, and he told me he had a present for me. “I don’t want anything from you.”

My present from him was my freedom. I met him at a restaurant in town where he handed me his phone.

“I DELETED THE VIDEO. I’M DONE WITH YOU.”

He went on saying he was trying to better himself by walking the right path with God. He felt bad for everything he put me through, and this was his way of apologizing. He asked for my forgiveness and I complied only for the sake of not wanting to make him angry. It’s over…

“COME OVER. I HAVE TO HAVE YOU. IF YOU’RE NOT HERE IN 20 MINUTES, I’M GOING TO TELL HIM EVERYTHING.”

I didn’t answer. He became angry.

I was at home with my parents. He couldn’t show up here! “I’m not at home. I’m at a friend’s house.”

I panicked. I told my parents I was in fact going to my best friend’s house for the day. I got in my car and called her. Luckily, she answered and agreed, asking what was going on. I told her I would tell her everything when I got to her place.

I got to her parent’s house and my phone vibrates:

“WHERE ARE YOU? YOU’RE REALLY PISSING ME OFF!”

I ran inside where my friend and her mom were sitting in the living room. I burst into tears, and explained that a man was blackmailing me and I didn’t know what to do. I couldn’t go into any details because what if he found out? My friend’s mom told me to go to the police. She volunteered to take me. “Get a restraining order,” she told me.

That’s it! I would get a restraining order and he wouldn’t be able to hurt me ever again. And Boyfriend will have to believe that I didn’t want any of it, right…?

She drove me to the State Police headquarters right outside of town. “Sorry ma’am. We do not issue restraining orders here. You can apply for a protective order with the Magistrate’s Office. Who is bothering you?”

I looked at my friend’s mom. “Tell him. He won’t be able to hurt you. Just tell him.”

Despite my own judgment, I confessed my accuser’s name. I was told that if I did, a report would be filed, so if anything were to happen, they would have me on record. That’s not so bad, right? They aren’t actually going to tell him I’m trying to get a restraining order against him. Once he finds out, it will be too late; I will be protected by law. He can’t hurt me anymore.

I felt a little better about my situation, so I headed home. While I was pulling into the drive, my phone buzzed:

“YOU STUPID BITCH! YOU REALLY FUCKED UP! MY PAROL OFFICER SAID YOU’RE TRYING TO GET A PROTECTIVE ORDER AGAINST ME!? THAT’S IT. YOU’RE DONE!”

No one was supposed to tell him. What is he going to do? He’s going to tell Boyfriend. What do I do?