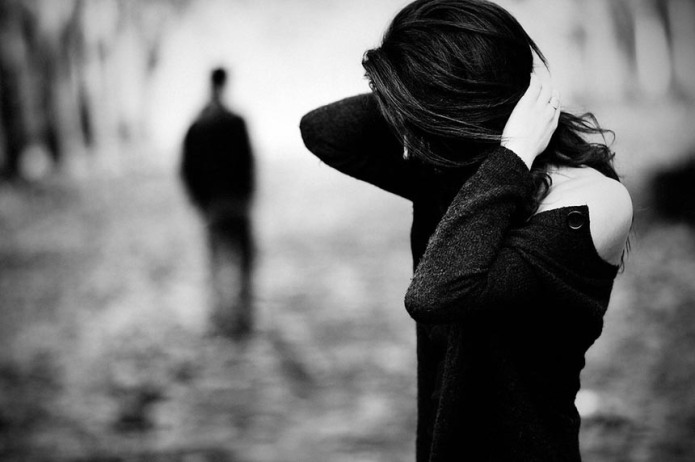 What if he’s bluffing? He wouldn’t tell people. He’s just mad that I’m not his slave anymore; that I’ve finally stood up for myself.

Boyfriend had showed up just like he did hundreds of nights before. It was approaching dinner time. Mom was in the kitchen making dinner, Dad was in the family room on his laptop, and Boyfriend and I were in the living room watching tv. For a fleeting moment, my life was normal. This was how many evenings were spent in our household. That was until he showed up…

There was a knock on the door. It was him. He was standing in the driveway by the time I reached the door. “You need to leave right now!”

“I WILL LEAVE WHEN YOU TELL HIM.”

It was as though death had become me; I felt the color fade from my face. My hands became clammy and started to shake. My legs couldn’t support the weight of my body anymore. I collapsed into the bench next to the door.  At this point, Mom and Boyfriend came to my aid. Boyfriend saw him outside and decided to join him. “Please don’t,” I whispered. Mom asked over and over “What’s wrong?” but I couldn’t speak. As my breathing became more and more shallow, I started sobbing; the type that causes your whole body to convulse as you hyperventilate with each gasp of air.

This was it. This was what I was trying to prevent from happening for the past 6 months, and now it was all coming to fruition.

I didn’t answer. I couldn’t. As I began searching for the right words, tears shot down his face. “How could you?”

Mom had a vague understanding of what was going on, so she decided to give us some privacy and join Dad in the family room.

After I confessed everything that I could recount about the past months, he sat across from me in shock; his head in his hands resting on his knees. Silence. Does he believe me? What did that creep tell you? Why won’t you say something? He got up and left, still saying nothing. He disappeared outside. I erupted with cries. This is it. We’re over. Should I have told him? Obviously not if this is how he was going to respond. I should have told him after the first time it happened…

He came back in and sat down across from me. I couldn’t look at him. I had disappointed the one person in this world that meant the most to me. I hurt him. I humiliated him. He trusted me and I couldn’t return the favor.

But I was trying to protect him…

As we sat in silence, it was the first time in my life that I contemplated suicide. Even with everything that I had just gone through by being blackmailed into performing sexual acts, I always knew there would be an end, but I couldn’t recover from this. My heart was shattered and I did it to myself. Maybe if I dig my nails into my wrist hard enough, I’ll slice through an artery. Maybe if I hold my breathe long enough, I will asphyxiate on my own saliva. He loved you and you just had to fuck it up. You don’t deserve to be happy. You don’t deserve to live.