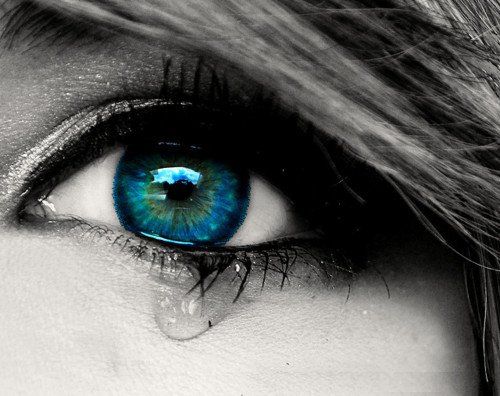 We have all imagined scenarios in our heads and thought about how we would handle them. What if a robber was running towards me on the sidewalk clutching another woman’s bag? I would stick my leg out and trip that sucker before he got away. What if I witnessed a car accident on the highway that ended with it catching fire? I would stop and offer to help. Maybe pull the driver from the burning wreckage… But believe me when I say: what you think you would do and what you actually do can be very different.

I never thought I would be raped. Hell, I even took a self-defense class with my mom when I started high school. I knew what to do if the perpetrator were to grab me from behind, had me pinned to the ground, cornered with his hands coming at me. That is, I knew the physical steps. What those classes don’t prepare you for is the psychological thought process that occur during those circumstances.

He sat in front of me, asking me questions: “WHAT DID I DO TO YOU TO DESERVE THIS? I TREATED YOU LIKE A PRINCESS WHEN WE WERE TOGETHER. WHY WASN’T I GOOD ENOUGH FOR YOU?” He was delusional, but I started believing his lies. “I’m sorry. I didn’t mean to. Please don’t hurt me.” I wanted to say anything to make him go away. Is he going to kill me? Will it hurt? Why won’t he just leave me alone?

I wanted to get away from him, but how? I told him I had to use the bathroom. I got up and he followed. I started to shut the door and he slammed it back open.

Once I had finished, I started pulling my pants back up when he said to leave them.

He told me to go to the family room. I walked through the kitchen, past the back door. I thought about making a break for it.

If I can make it outside, I can run to the neighbor’s house for help. I could outrun him, couldn’t I? What if he grabs me? Will he hurt me then? I’m naked; I can’t go outside naked. If I do get out, what will he do to my dog? He’ll kill my dog out of anger. I can’t let that happen.

Yes. I was being ordered around at knife point contemplating escape routes and decided I couldn’t try to run because he would end up hurting my dog. This is what I mean by not knowing how your mind will respond being in a traumatic situation. If presented with this given scenario and asked what I would do, I’d probably say that I would cripple the assailant somehow making it easier to escape, then run to the closest neighbor’s house and call the police, just like many people would, but it’s a lot easier said than done.

Once we got to the family room, I sat down on the couch, trying but failing at not crying.

“GIVE ME ONE GOOD REASON I SHOULDN’T SLIT YOUR THROAT?”

He grabbed my hand and placed the knife in it. He wrapped his hand around mine and brought the knife to his throat.

“YOU HAVE AN ULTIMATUM: KILL ME NOW OR LET ME DO WHATEVER I WANT TO YOU.”

I wanted to kill him. Every part of me wanted nothing more, but I couldn’t do it. I knew I wouldn’t be able to live with myself if I killed him. I would be a murderer. I would spend the rest of my life in prison. All it would have taken was a small amount of pressure to his throat and a swift one way movement.

He raped me at knife point; he pulled my hair, he manipulated my body into whatever position he wanted, he barked orders at me, then grabbed and forced me when I didn’t comply. After what seemed like hours had passed, he finished. I was facedown on the tear and sweat soaked couch, sobbing. I was in pain. I was scared.

He left the room, knife in hand, and returned without it.

“YOU WILL NEVER SEE ME AGAIN. I MEAN IT. BUT YOU HAVE TO PROMISE ME ONE THING: GIVE ME AT LEASE 20 MINUTES HEADSTART BEFORE YOU CALL THE POLICE.”

I raised my head up just high enough to make eye contact with him and nodded. He turned and left.