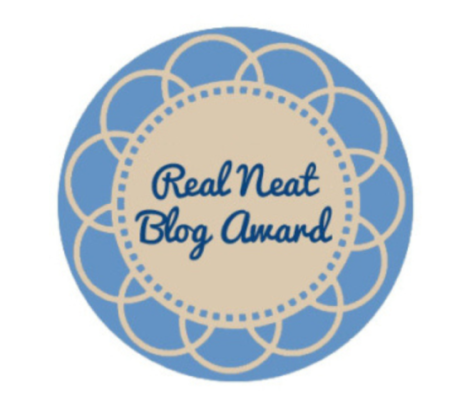 I feel like Meet Me In Nevada and I are playing tag with awards lately, but I suppose that’s what happens when you have two bloggers who enjoy one another’s blogs. 🙂 I have been nominated by her for the Real Neat Blog Award.

I wanted to pick a group of blogs that I truly feel are ‘Real Neat’; ones that are unique, from the topic of their blog to their writing style.

Take a gander at these blogs; I promise, you won’t regret it.

Questions for my Nominees:

Thanks again to Meet Me In Nevada for yet another nomination. You rock!