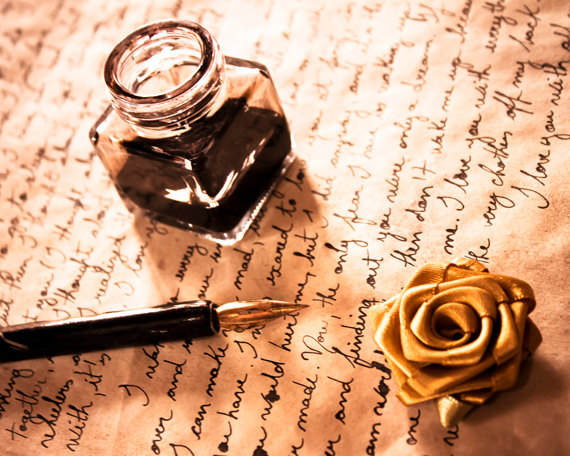 When it first began, everything was new and exciting. A week in: we shared our first kiss. Months in: I told you that I loved you. Years in: you became the person I wanted to spend my life with. We went through hell and back, but decided to work through our shit and be there for one another. It wasn’t until things ended that I really saw our relationship for what it was: I loved you and you took it for granted.

You led me on thinking we were going to have sex after I graduated high school and being together for 3 years. You made me feel unwanted when you told me otherwise. You let me down.

You told me that I came on too strong; that I professed my feelings too early; that I made you disregard your morals to carry on a relationship with me; that everything was my fault. I loved you. Did you love me?

You broke up with me because I was raped. You saw yourself as the victim for being cheated on instead of seeing your girlfriend of 4 years broken, and in need of love. I didn’t want to live anymore, and you didn’t care.

You made me choose between your family and mine; your brother’s wedding vs. a trip with my parents to visit extended family in another state. When I chose my family, you threatened to break up with me, so I changed my decision. You were in the wedding party, so I attended the wedding as a guest, alone. Who does that?

I graduated community college on the Dean’s List with two Associate’s Degree in 2 years all the while, working 3 jobs and being blackmailed and raped for months. You told me, “It’s just an Associate’s Degree,” like it meant nothing. I thought you’d be proud.

You told me you needed help. I drove 4 hours and 200+ miles to help for 1 hour, just to turn around and make the same journey home for work that evening. You didn’t thank me; you told me that I didn’t have to come. That hurt.

You told me I was stupid for feeling hurt by comments you made. I confronted you saying that I couldn’t help how I felt, and wanted you to apologize. Not only did you refuse to say you were sorry and actually mean it, you didn’t seem to care that you hurt me in the slightest. You were so mean to me and I didn’t deserve it.

I uprooted my entire life to move closer to you, leaving friends and family in my dust. After 1 month, you moved back to our home town without even including me in the decision. I was in a strange town living alone and you told me to suck it up; that you didn’t want me moving in the first place. Fuck you.

We spent a month apart while you were on winter break from school and I had to stay for work. I was excited to spend one evening with you before you started classes the next day. When you arrived, I had dinner prepared. It was nice. I planned a movie afterwards. You said you were going out with friends instead. I cried. You got mad and told me I was being selfish.

I gave you thousands of dollars to pull you out of academic probation for not paying tuition on time. You said you would pay me back. You never did. Instead, after our break up, you stole things from me. I didn’t think you were that sort of person. I thought I knew you better than that.

You overreacted and ended our relationship, but I was so far gone, it didn’t bother me. At your request to talk things out, I agreed. You called me a whore. You pointed out that I had gained weight since we had first started dating, but that you stayed with me despite the fact. You called me a pathological liar who didn’t deserve love, then questioned whether or not I was even capable of love. You told me that I deserved everything that I had gone through when I was raped. The following evening, you propose marriage to me over dinner thinking that that would some how fix our problems. You became desperate when I said no. I know you were hurting, but how could you say and do such repugnant things to the one you supposedly cared so much for?

You told my friends and family lies about me after I wouldn’t take you back, including my best friend. She doesn’t talk to me anymore. Are you happy? I guess you are since you go on vacation with her and her family. Thanks for showing me how much of a best friend she really was.

As a direct result of the lies you spun, I didn’t get to see my own brother for Thanksgiving because he was angry with me. Yet, after I demanded him to talk to me, turns out you left some details out of your story. He wasn’t very happy with you threatening his little sister. Yes, stating that you have a baseball bat and a gun in your car is threatening even when you don’t intend on using them.

I hope karma isn’t real for your sake. You did some really messed up things and I would hate for you to suffer as a result, because, even though you might not believe it, I still love you and a part of me always will. I never want to be with you again because you are an immature, selfish, toxic person, but when you weren’t being a shitty boyfriend, you were a decent human being.

So for the memories of us during the wonderful times, I will hold them close and treasure them forever. You were my first true love. But in the end, it wasn’t love that I felt for you; it was attachment. I was constantly trying to prove myself to you: my love, my loyalty, my worth; but nothing seemed to matter to you. Nothing I did was ever enough and I became tired of trying.

I don’t blame you entirely for the destruction of our relationship (I had my fair share of faux pas), but you did play a leading role. Though you don’t see it, you were far from being the victim. I hope you see how toxic we were for each other and I hope that you eventually find happiness; in life and in love.

The One You Took For Granted