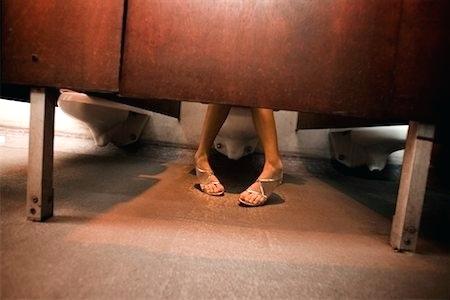 Let me just start by saying this will in no way be dinner conversation. Nor will it be a  (talk about a bad choice of words…) refined blog post. Funny: maybe. Crude: definitely. TMI: out the wazoo. This will be an artful piece comprised of a myriad of ways you can say “poop”. You have been warned…

If you can believe it, this is my second blog post sharing a story about poop. I think I’ve found a new sub category I can expand into!

So I recently read this article about how people, women in particular are embarrassed about pooping in public and how it can actually have a negative impact on their bodies. Who knew!? Well I am one of those women. I absolutely detest going number 2 in a public bathroom, especially at work. I know my body well enough to know when it’s an emergency and I do what I gotta do, but doing the doo in a loo of the business that pays you is not an ideal way of relieving oneself–at least not in my opinion.

I have seen comments (mostly from men) of those that will only shit at the office since they are practically being paid to drop a load, but even the thought of being paid to plop makes me uncomfortable.

I like to blame it on bad genetics, but the saying ‘girls poops don’t stink’ is absolutely preposterous. I’ve always been a Pumba; not a Timon. And that’s on a good day!

Well I recently had a bad day… at work. I must have eaten something the day before that wasn’t sitting right and my body was practically screaming at me. I went to our employee bathroom in the middle of the building and let the toilet bowl have it. I got in and out as fast as I could, but my stomach was still rumbling. I didn’t want to take the chance of going back to the same bathroom in case anyone saw me just leave, so I decided to venture to the basement. In hindsight, this really should have been plan A.

I work for the health department and we have a lot of stuff. Because of this we have a basement level dedicated to storing old records, emergency preparedness supplies, extra nursing equipment, blue prints, just stuff. It’s also where our environmental health specialist decapitate animals to test for rabies. As far as creepy basements go, this one’s pretty bad. But a perfect place to poo!

After spending an abnormally long amount of time taking care of business, my innards started feeling normal again and I decided to head back up, but before doing so, I figured I’d pop into the old records room and look for a file I was missing upstairs. On my way out of the file room, I ran into a co-worker who was there grabbing some training equipment for a class.

Acting as casual as possible, I bobbed my head towards her and said hey, making a b-line for the exit. In passing she says,”Environmental health people must have just killed a skunk or something down here. It stinks really bad.”

Can we take a minute to acknowledge just how mortified I was that the aftermath of my upset stomach that my co-worker was experiencing was on par with (according to her) the stench of death!?

I responded with an, “Oh my God! I know! It’s terrible,” and left the basement as fast as I could without looking guilty.

So to my co-worker whose nasal passages I unintentionally assaulted: from the heart of my bottom, I am extremely sorry you had to experience that. I hope it never happens again.

11 thoughts on “Taking care of “Business””