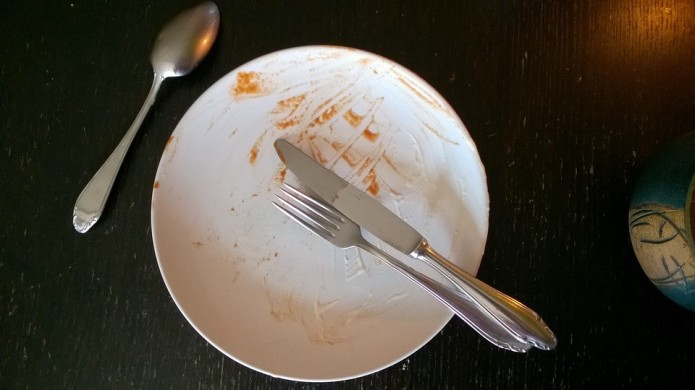 I was itching for a new adventure to round out 2019 and decided Philadelphia was as good a city as any. But what exactly makes a city ripe for exploration you ask?

Not sure what a bucket list food item is? Something like pizza in New York, a crepe in Paris, a full breakfast in England, or BBQ in Atlanta. So it’s only fitting to cross a off the list.

Fella and I hopped the Amtrak to Philly the Saturday before Christmas. Our train was delayed by 3 hours because of a freight liner derailment in the next state over which was kind of unsettling, but we made it safely to the City of Brotherly Love and began our adventure with an early dinner at a local pub, the Good Dog Bar. The menu was limited, the crowd was excessive, and I got very drunk very fast drinking some concoction of gin, pear juice, and clove…? We made a pit stop and caught the end of the Macy’s Christmas Light Show before heading back to the hotel to rest up for the next day’s adventure. 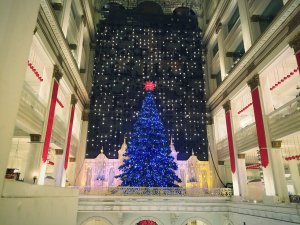 First on the list of things to do/see was the famed Rocky steps. Probably not high on most folks’ lists, but that was the chosen destination. On the way we stopped for brunch at, surprise!… another pub, Tir na nOg. Good food. Good atmosphere. Will never return.

The Rocky Steps came into view and Fella and I started pointing out the Stallone wannabes running up the steps mimicking the scene from the movie. I pointed out a blob of grey that had made it to about the halfway mark. We watched as the figure made it to the top and instead of throwing their fists up in the air like the man himself, she proceeded to double over and hold on for dear life to her knees as if they were on the verge of betraying her. I laughed way harder than I should have at that moment.

Fella and me at the top of the Rocky steps

We then headed to another well known piece of history Philadelphia is home to: the Liberty Bell. Though my love of clocks is eternal, I can appreciate me a good bell. We saw the large ding-dong, then made our way to find a cheesesteak. Between points A and B we walked past Independence Hall where the Declaration of Independence was signed and Congress Hall- the chambers of the first U.S. Senate.

We headed for Jim’s Steaks in South Philly (because Tina Fey recommended them in her book Bossypants that I had just recently finished) and found they had standing room only and didn’t serve french fries (i.e. an abomination of an establishment if you ask me), but the bar across the street advertised they in fact sold Jim’s sandwiches, and fries, and had seating. Sold! I got a steak sandwich provo wit and Fella got one wiz wit. That’s one with provolone and onions and one with cheese wiz and onions; apparently Philadelphites made up their own language to order sandwiches. Strange concept, but okay.

I feel like sharing my thoughts about the sandwich itself is kind of purjersom as I’m a disliker of cheese (sans pizza and authentic nachos; I swear I was lactose intolerant in another life ), but if that’s what you want from me… it wasn’t the best and it wasn’t the worst. It was edible and with the added bonus of it being my first Philly cheesesteak in Philly, it was satisfactory. I would have liked to smother it in A-1 sauce, but thought that might be a bit sacrilege.

We finished the day by exploring the Christmas markets in Dilworth and Love Parks and wandering through City Hall hand-in-hand like the nauseatingly lovey-dovey married couple we truly are.

The view from inside City Hall

The last full day in Philly was a bit unexpected as 6+ hours were spent at Dave & Busters (an adult arcade that we do not have access to where we live). Fella set a high score on a corn hole game, I set the high score on a baseball game, and we ended up ordering 2 appetizers and a dessert to share with our ticket winnings, plus scored some fun swag from the prize counter. A successful day I’d say!

After spending the day like a couple of wild adolescents, we made our way down to the BlueCross River Rink where they had ice skating and a popup lodge where guests could sip on warm beverages while sitting next to a fire pit and roast marshmallows. After filling our bellies with cheer (hot chocolate with made-from-scratch marshmallows), we walked down to Elfreth’s Alley, the oldest continuously inhabited residential street in the U.S. that was established in 1702. I’m no history buff, but I was fascinated with these homes. It was interesting to see the juxtaposition between the barley touched strip of houses seemingly pulled straight out of history books surrounded by the modernness of the neighborhoods around them.

Not Elfreth’s Alley, but still cool!

Our exploration then led us to Franklin Square to witness the infamous kite and key that Benjamin Franklin used in his discovery of electricity glorified in Christmas lights. Like the River Rink, there was another popup lodge and fire pits sprinkled around the park as well as a miniature golf course. We didn’t stay long as we were both quite tired and wandered back to the hotel.

On Christmas Eve we boarded the Amtrak heading south to spend Christmas with my family. As most trains do on the east coast, we had an extended stop at Union Station in Washington D.C. for them to switch the engine from electric to diesel. I took that opportunity to exit the train and use the facilities inside and grab Fella a snack. After taking care of business and grabbing a smoothie for the hubby, I made my way back to the train. I got on the train and made my way through a couple cars before realizing something wasn’t right. I exited and asked an attendant if that train was the southbound train. After laughing in my face, the train attendant told me that it was not; that that train was headed to New York! I nearly had a panic attack.

I began sprinting back to the escalator. I found a train and hoped to God it was the right one. I located Fella, gave him his smoothie, and puddled back into my seat, just a big ball of nerves and anxiety. I explained to him what had happened and he too laughed at me and told me the train wasn’t leaving for another 25 minutes. I didn’t care if that train was there for the night! There was no way I was getting off until we were at our destination.

So where to next? Maybe a waffle in Belgium or key lime pie in Key West or a lobster roll in Maine… though I wound’t say no to some jambalaya in Louisiana or pasta in Italy… the possibilities truly are endless.

Does your hometown/state/country have a dish it’s known for? Let me know! Maybe I will plan a visit and we could meet up.